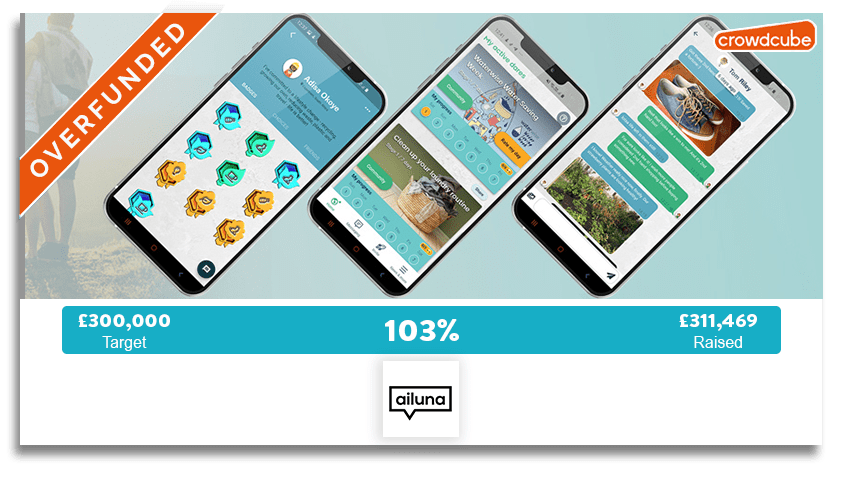 To address the global problem of climate change and environmental degradation, now is the time for people and organizations to adopt a sustainable model. Here is where Ailuna comes in, a sustainability training app which makes it fun to develop habits that are good for people and the planet. In order to reach a global audience and boost their sales and marketing efforts, Ailuna decided to crowdfund with Drop Studio as their consultants. We were actively involved in creating their crowdfunding video and allied content. Towards the end of their campaign, Ailuna’s Crowdcube campaign overfunded by 103%. Here’s their success story.

Ailuna’s aim is to link more people to acts that positively impact the environment every day. The brand’s first offering is a training software, recognising that the first step to being more sustainable is to develop healthier habits.

Ailuna has funded £540,000, developed from a concept to a worldwide staff, built its own tools, and entered the consumer market in less than two years. The consumer version of their app was launched in January 2021 and is now in use in 50+ countries. Ailuna chose the crowdfunding route to facilitate expansion to a global audience and boost their sales and marketing efforts.

Ailuna – How Drop Studio supported them

Ailuna selected Drop Studio as their crowdfunding partner to support them with their campaign on Crowdcube. After meeting the team in person, the creatives at Drop Studio understood their mission and knew how to get them to their fundraising goal via a narrative film. We created a video that portrayed Ailuna’s mission of helping people and organisations become more sustainable, which you can watch below.

In addition to the crowdfunding video, Ailuna also enrolled in Drop Studio’s Fundraising Accelerator Program, which provided the team with the tools to execute a successful crowdfunding campaign. Ailuna also received our Investor Research, which assisted them in finding potential investors.

Ailuna – Their journey on Crowdcube

Ailuna hit its crowdfunding target of £300,000 within a few days of launch, and raised £311,469. With 314 investors onboard, Ailuna was overfunding by 103% towards the end of their campaign.