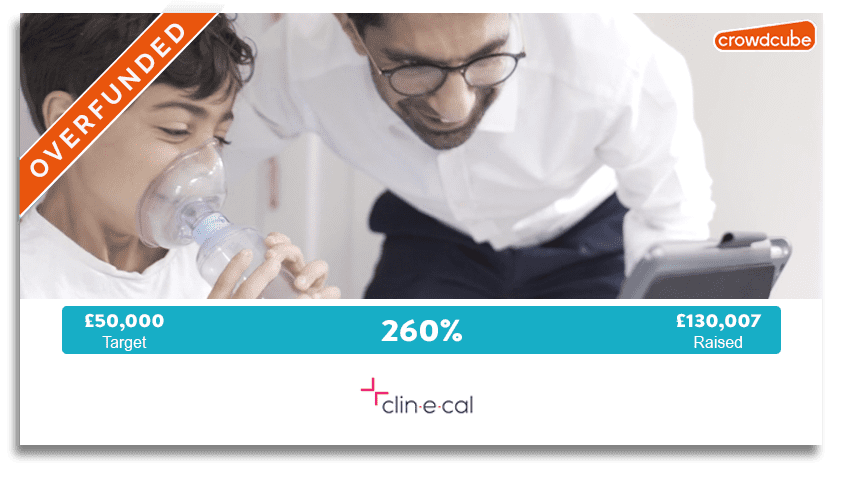 Did you know, there are close to 500 million asthma & COPD sufferers worldwide? Clin-e-cal has built an innovative app that aims to solve this global problem and facilitate remote disease management. Having won several competitive grants and after being listed on the NHS app library, with a 79% ORCHA assessment, the company decided to crowdfund to commercialise & scale-up activities. As a result, they chose Drop Studio as their crowdfunding consultants, where we were actively involved in creating their crowdfunding video and allied content. Towards the end of their campaign, Clin-e-cal Crowdcube Crowdfunding Campaign hit their target by 260%. Here’s their success story.

Clin-e-cal was born out of necessity when Prof. Tariq’s younger son was suffering a lot from wheezing when he was younger. He developed Rafi-Tone, an app using their patented Sound Response engine. The app proved to be beneficial after seeing improvements in his son’s condition. Tariq realised that the product had the potential to help many children suffering from respiratory difficulties. As a result, Clin-e-cal was born.

Clin-e-cal’s mission is to provide efficient and effective solutions to medical practitioners and people suffering from respiratory ailments. Since its launch, the app has had thousands of downloads across the UK, Australia, and Scandinavia. As a result, Clin-e-cal were prepared to take the next step forward.

Clin-e-cal decided to go with crowdfunding to progress the commercialisation of the Clip-Tone Buddy, a product in beta phase, which is aimed to help adults suffering from respiratory problems.   Clin-e-cal chose Drop Studio as their crowdfunding campaign partner to support them with their Crowdcube raise on Crowdcube.

After meeting the team in person, the creatives of Drop Studio understood the mission and vision of Clin-e-cal. There was a need to create a narrative around the film. As a result, we created a video that showed the brand mission to solve problems in respiratory medicine.

In addition to the crowdfunding video, Clin-e-cal also enrolled in the Fundraising Accelerator Program. The program provided the brand with the tools to execute a successful crowdfunding campaign. They also received our Investor Research, which assisted them in finding potential investors.

Clin-e-cal Crowdfunding – Their journey on Crowdcube

Clin-e-cal hit its crowdfunding target of £50,000 within a few days of launch, raising a whopping £130,007. With 448 investors onboard, Clin-e-cal was overfunding by 260% towards the end of their campaign. 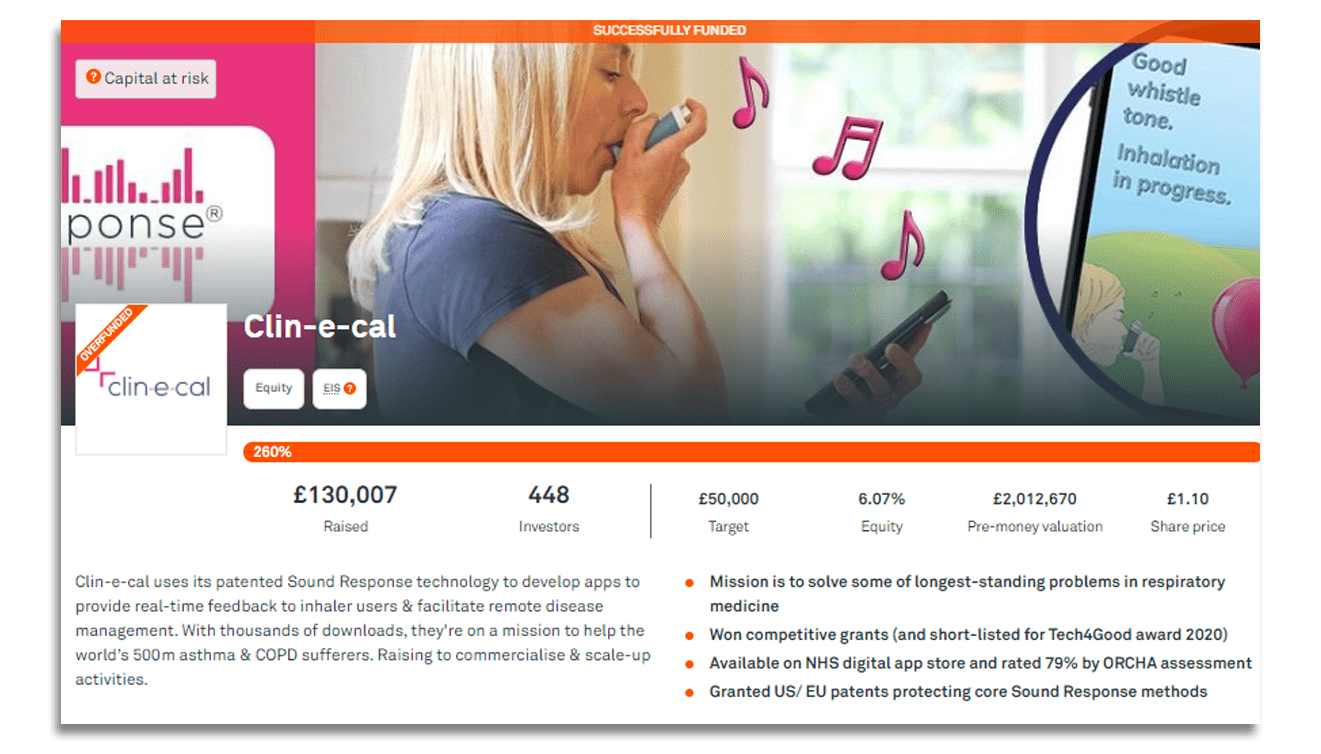