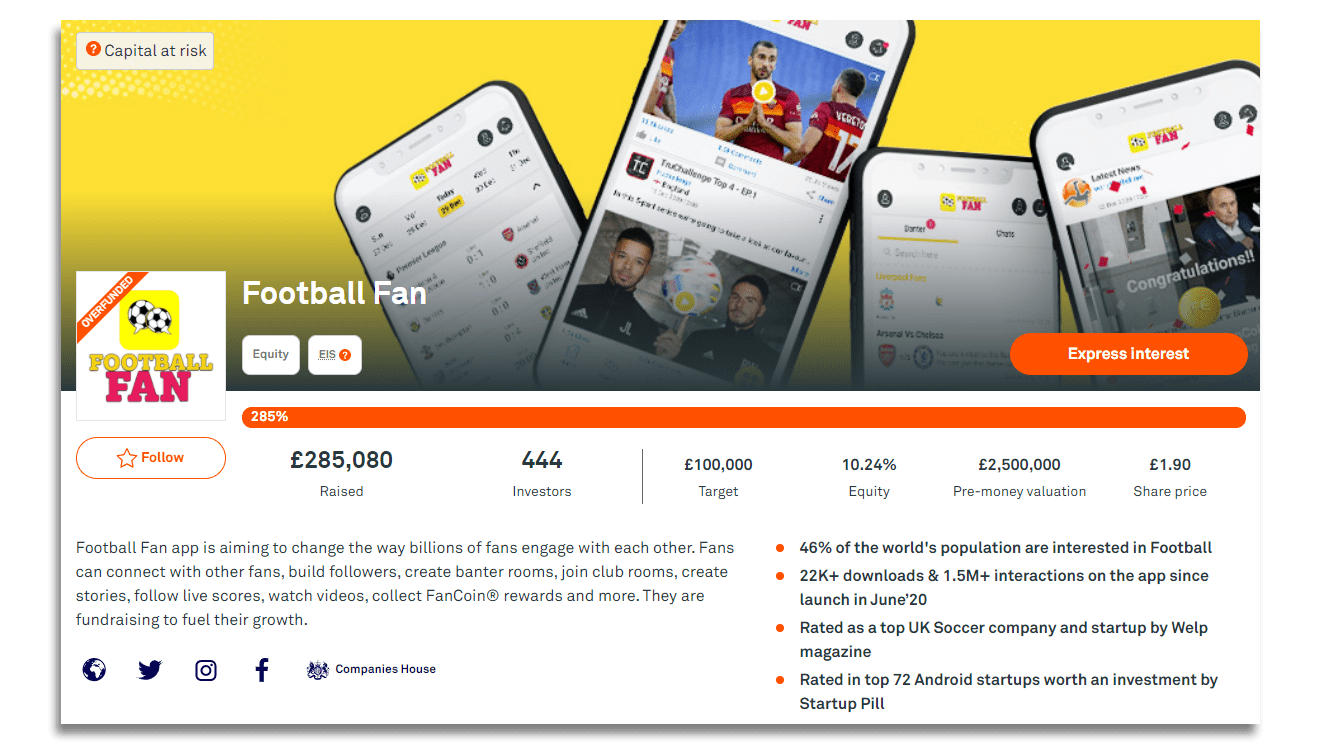 Football is a global phenomenon with 4+ billion followers globally. An ardent football fan keeps up to date with every aspect relating to the game, whether it be transfer updates, season news, injury updates and more. Catching up with all such aspects is a tough task as it involves gathering information from various sources both online and offline like newspapers, television, social media and blogs. The founders behind “Football Fan” identified this problem and have created an app that collates all data relating to football on a single unified platform. The brand approached Drop Studio for support with their crowdfunding campaign on Crowdcube. The planning and preparation we put into crafting their campaign ensured it was a roaring success. As a result, Football Fan raised £309,375 on Crowdcube, overfundeding by 309%. Here is their crowdfunding success story.

For a football enthusiast it’s difficult to keep up with news and updates about a particular league or the club they follow. Almost all clubs and global leagues have dedicated apps, but they are restricted only to their own domain. Enter Football Fan. Apart from offering live score updates, news and social sharing, the app has developed a community for all fans to come together. With deep integration and AI learning, Football Fan provides enhanced user personalisation by providing tailored content, increasing fan engagement as a result.

Football Fan follows a “By the fans for the fans ethos” and since their product launch in June, they boast of a 22K+ download count & 1.5M+ interactions on the app.

Football Fan decided to go with crowdfunding to fuel their growth. They chose Drop Studio as their crowdfunding campaign partner to support them with their raise on Crowdcube.

After meeting the team in person, Drop Studio understood the mission and vision of Football Fan. There was a need to create a narrative around the film. As a result, we created a video that highlights the app’s user-friendly interface and benefits, through a series of impactful animated typography to highlight the message and exciting video clips. Take a look at their crowdfunding video below.

Along with crowdfunding video production, our team of experts also helped the brand to optimise their fundraising campaign on Crowdcube. Football Fan enrolled in our Fundraising Accelerator Program, which offered them support through our campaign manage, online course and investor research – which helped them to find lead investors thereby growing their network.