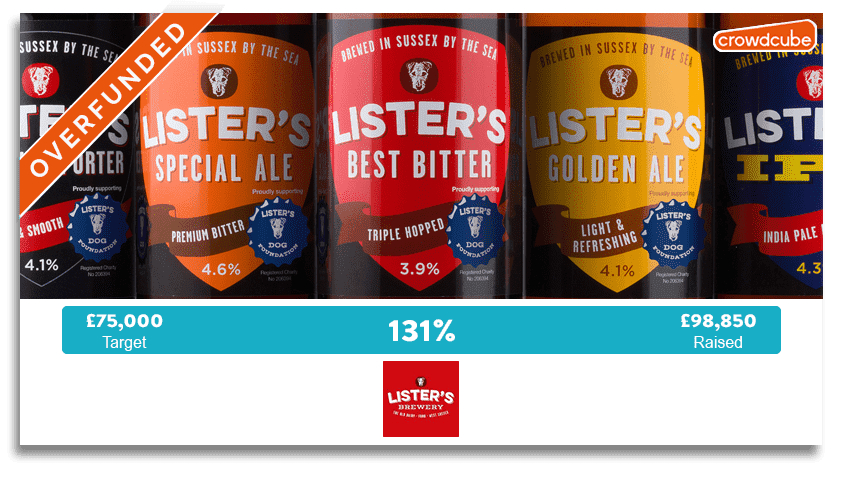 Drop Studio had the great opportunity to work with Lister’s Brewery, a young brewery set up by a father, son and daughter team that each bring their unique expertise to the business. Since its inception, Lister’s have sold over half a million pounds worth of beer. To focus on the growing beer market, Lister’s chose the crowdfunding route and approached us for campaign support on Crowdcube and also to create their crowdfunding campaign video. As a result, Lister’s Brewery crowdfunding campaign on Crowdcube closed at 131% funded, exceeding its initial target of £75,000. Here’s their crowdfunding success story.

After sipping a home-brewed beer, Alan Waite knew that his son had something special going on with regards to his brewing skills. One thing led to another, Lister’s Brewery was born. Their journey began in 2014 in the heart of Berkshire countryside, and the brewery has been supplying top quality beers ever since.

Lister’s believe that they have created great tasting beer, which is unique to their brand. With dedicated marketing, sales and unique in-house developed delivery mechanisms, the brand aims to tap in the craft beer market, estimated to be about 3.2% of the global market.

Drop Studio also created bespoke content for digital marketing as well as social media. This content was used throughout the campaign. In addition to this, Lister’s also enrolled for the crowdfunding course. They mastered how to plan and launch a successful crowdfunding campaign as well as raise funds from Angel investors.

Lister’s crowdfunding campaign on Crowdcube made decent progress. They closed their round with £98,850 raised, exceeding their initial target by 131% and welcoming 425 investors on-board. 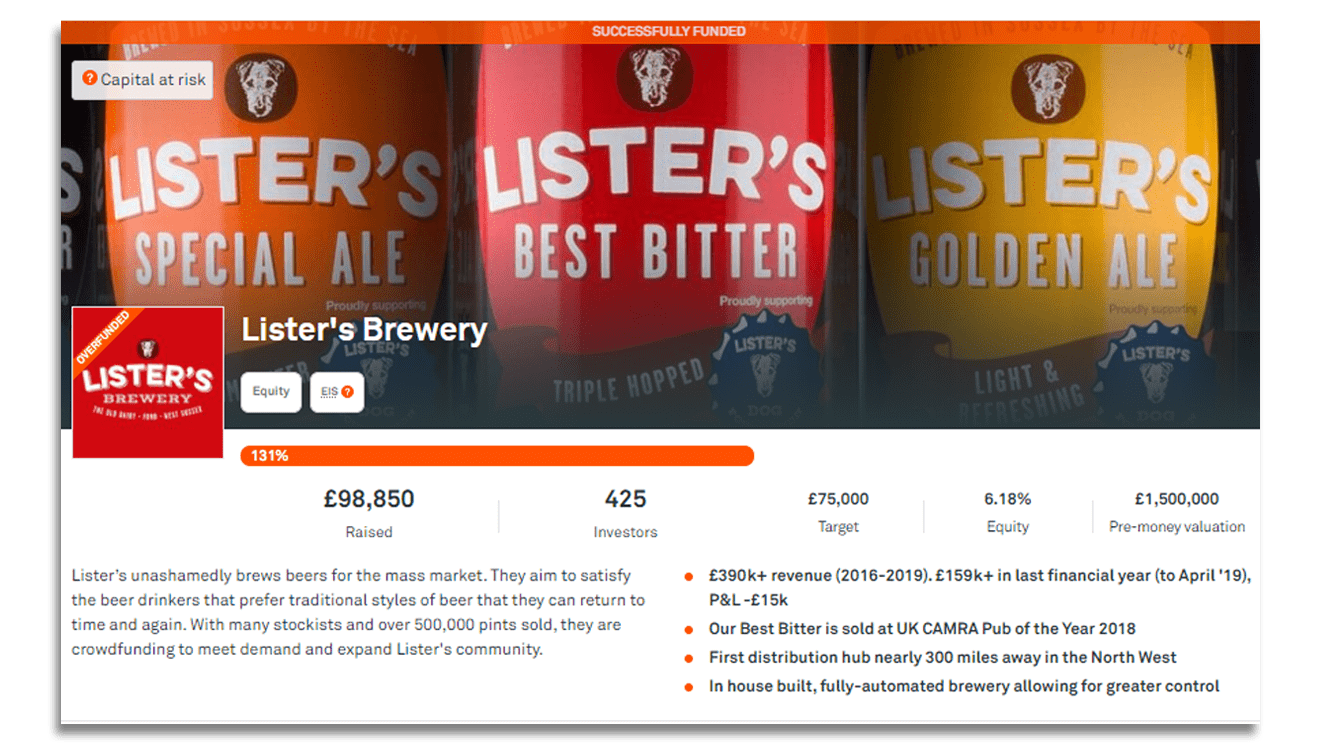