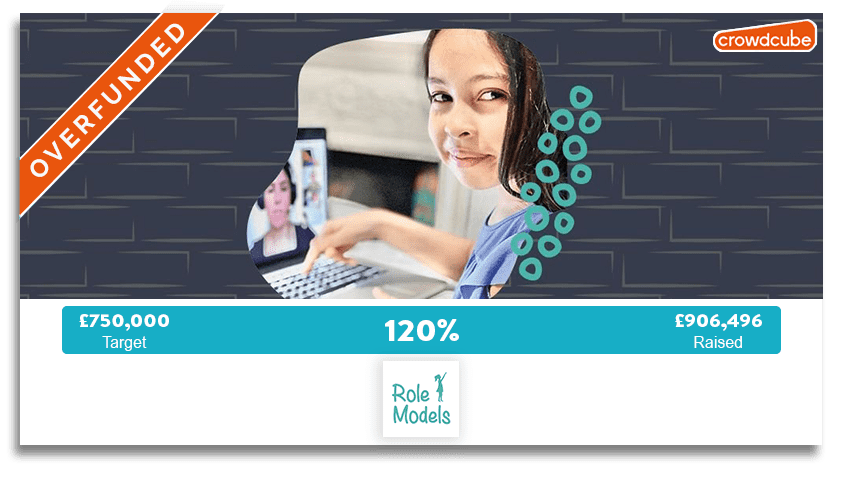 Role Models is a global education provider focusing on the emotional wellbeing of 3- to 15-year-olds. Their on- & offline courses are focused on social and emotional wellbeing, with a passionate goal of equipping children with valuable life skills for their futures. With thousands of bookings in 37 countries, Role Models is looking for investment to expand in a growing education market. At Drop Studio, we had the pleasure to partner with Role Models and help them create their fundraising campaign on Crowdcube, where we saw them exceed their crowdfunding target, overfunding by 120%. Here’s how Drop Studio helped Role Models achieve a successful crowdfund on Crowdcube.

One-third of adults think that school education wasn’t enough to prepare them for life as an adult. Against a background of worsening mental health and wellness in Generation Z, life skills have been recognized as among the most important tools to thrive in the Fourth Industrial Revolution.

Role Models have created a solution to this problem. Their mission is to help young people grow into thriving adults in modern life with programs focused on leadership, resilience, creativity, and collaboration that are designed to complement traditional academic education.

Tapping into the £75 billion private tuition market, Role Models was launched in 2014 and by 2019 they were delivering courses in Saudi Arabia and China. In order to invest in marketing, tech and curriculum development, the brand chose us as their crowdfunding consultants on their fundraising route.

After meeting the team, the creatives of Drop Studio understood the mission and vision of Role Models. There was a need to create a narrative around the film. As a result, we created a video that showed the brand mission to solve problems in respiratory medicine.

In addition to the crowdfunding video, Role Models also enrolled in the Fundraising Accelerator Program, which provided them with the tools to execute a successful crowdfunding campaign. They also received our Investor Research, which assisted them in finding potential investors.

Role Models hit its crowdfunding target of £750,000 within a few days of launch, raising £906,496. With 251 investors onboard, Role Models was overfunding by 120% towards the end of their campaign.