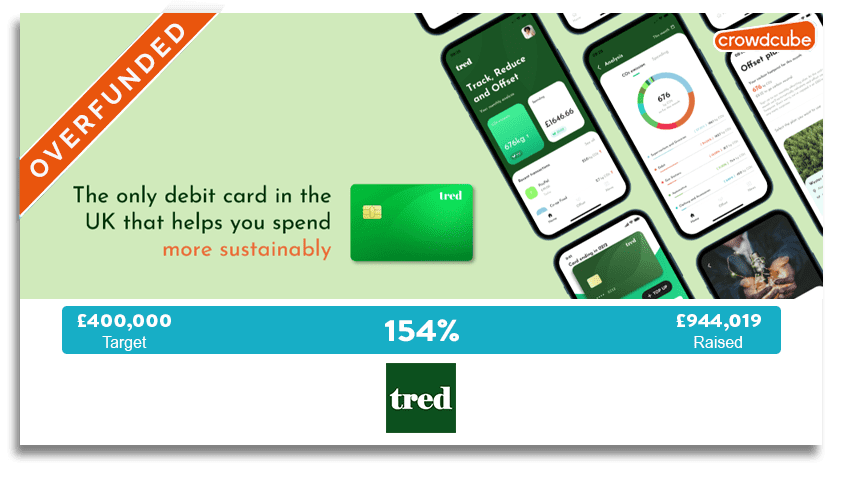 Crowdfunding has opened up opportunities for the innovative businesses of the future, including those who care for the environment. Tred is an example of such a company, whose revolutionary green debit card aims to help consumers live sustainably! We had the opportunity to partner up with Tred for their first ever crowdfunding campaign on Crowdcube. The company went from an idea to a waiting list of over 2000 people. In order to reach out to more people who want to spend sustainably, Tred chose the crowdfunding route to launch their green debit card to the public. As a result, Tred’s crowdfunding campaign on Crowdcube closed at £944,019, exceeding its initial target of £400,000. Here’s their crowdfunding success story.

Everything that humans consume directly has an impact on the environment. Take for instance, the amount of resources like electricity, water, that are utilised to produce finished consumer goods ranging from coffee, meat, poultry products, and more. A huge amount of resources go into producing the end produce consumers look for, thereby increasing their carbon footprint.

People now want to switch to a more sustainable way of living and to promote this, Tred plans to  introduce a unique, first of its kind, green alternative for consumers in the UK. Despite building their product in a year when the world was facing a global pandemic, Tred managed to grow their waiting list by 122%.

Tred’s green debit card helps people spend more sustainably by allowing tracking of one’s carbon footprint. It also helps them reduce their impact and gives them a simple way to offset the rest by allowing consumers to choose products that are procured in a sustainable way. In addition, with every spend, Tred funds reforestation projects, making them a company truly focused on sustainability.

We also created bespoke content for digital marketing as well as social media. This content was used throughout the campaign. Enrolling for the crowdfunding course was beneficial to Tred as they mastered how to plan and launch their crowdfunding campaign as well as raise funds from Angel investors.

Tred Crowdfunding – Their journey on Crowdcube

Tred’s crowdfunding campaign on Crowdcube made decent progress. They closed their round with £944,019 raised, exceeding their initial target by 236% and welcoming 973 investors on-board. 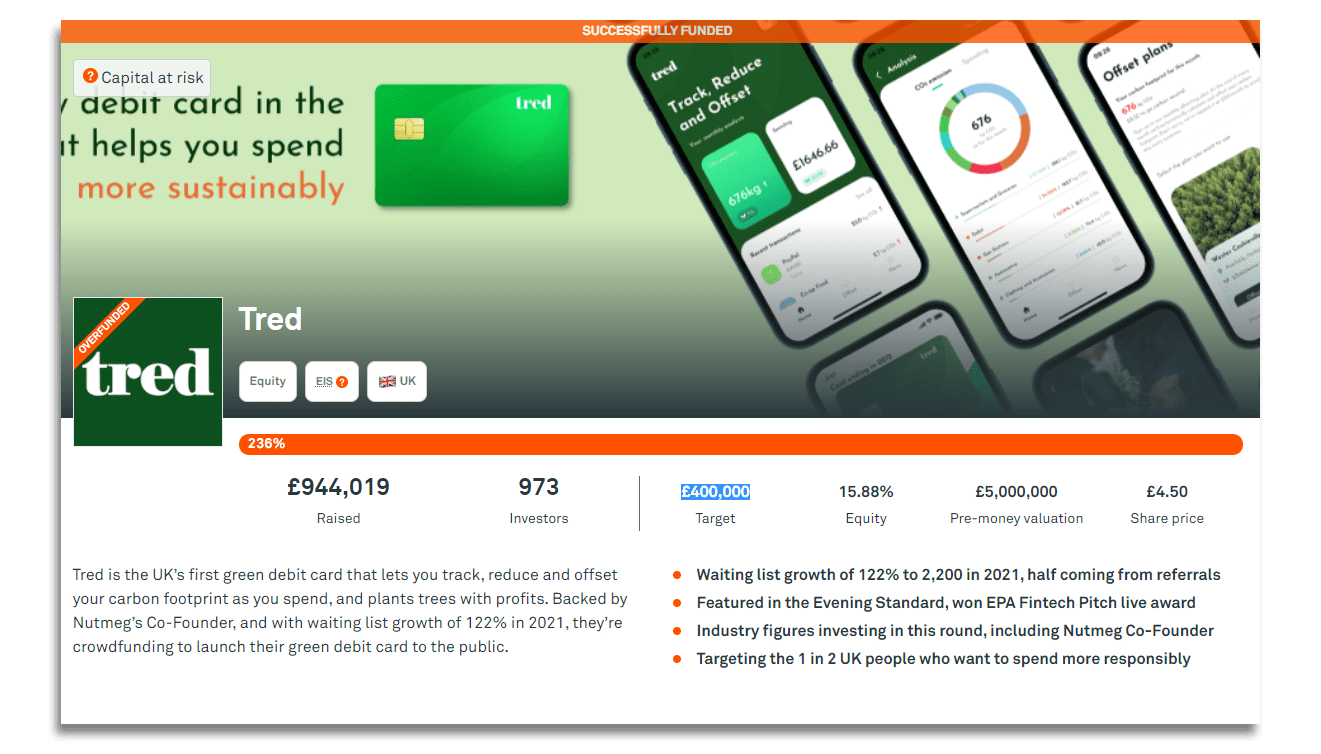