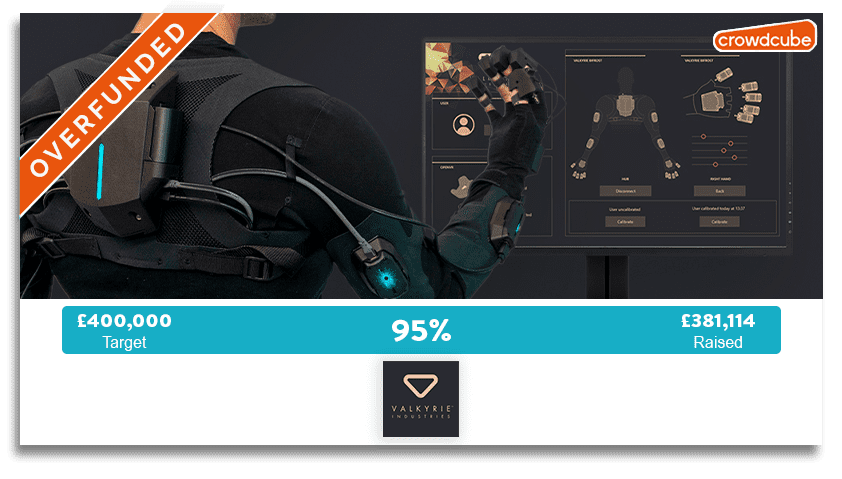 Augmented or virtual reality (AR/VR) has grown to be an industry that will reach $1 trillion by 2030. While it can be used for entertainment purposes, it has many industrial applications too. One important use of VR is in the automotive industry, where it is used for design, engineering, and has even featured in the medical field, where VR surgical training helps doctors perform operations.

Valkyrie Industries partnered with Drop Studio for their fundraising campaign on Crowdcube, and we helped them create their successful campaign video. They enrolled in our Fundraising Accelerator which includes crowdfunding video production, our online crowdfunding course, a campaign manager and our investor research. The final result was a well-crafted video that encapsulated the ethos of the brand and its vision for the future, which you can find below.

Apart from the crowdfunding video production, our team of experts also helped the brand to optimise their fundraising campaign on Crowdcube. Valkyrie Industries enrolled in the Fundraising Accelerator Program, which includes our online course and campaign manager to help guide their campaign, and our Investor Research, which helped them get in touch with interested investors and grow their network.

Towards the end of their 30-day crowdfunding campaign on Crowdcube, 794 investors joined Valkyrie Industries in their fundraising endeavor, collectively pledging £381,114